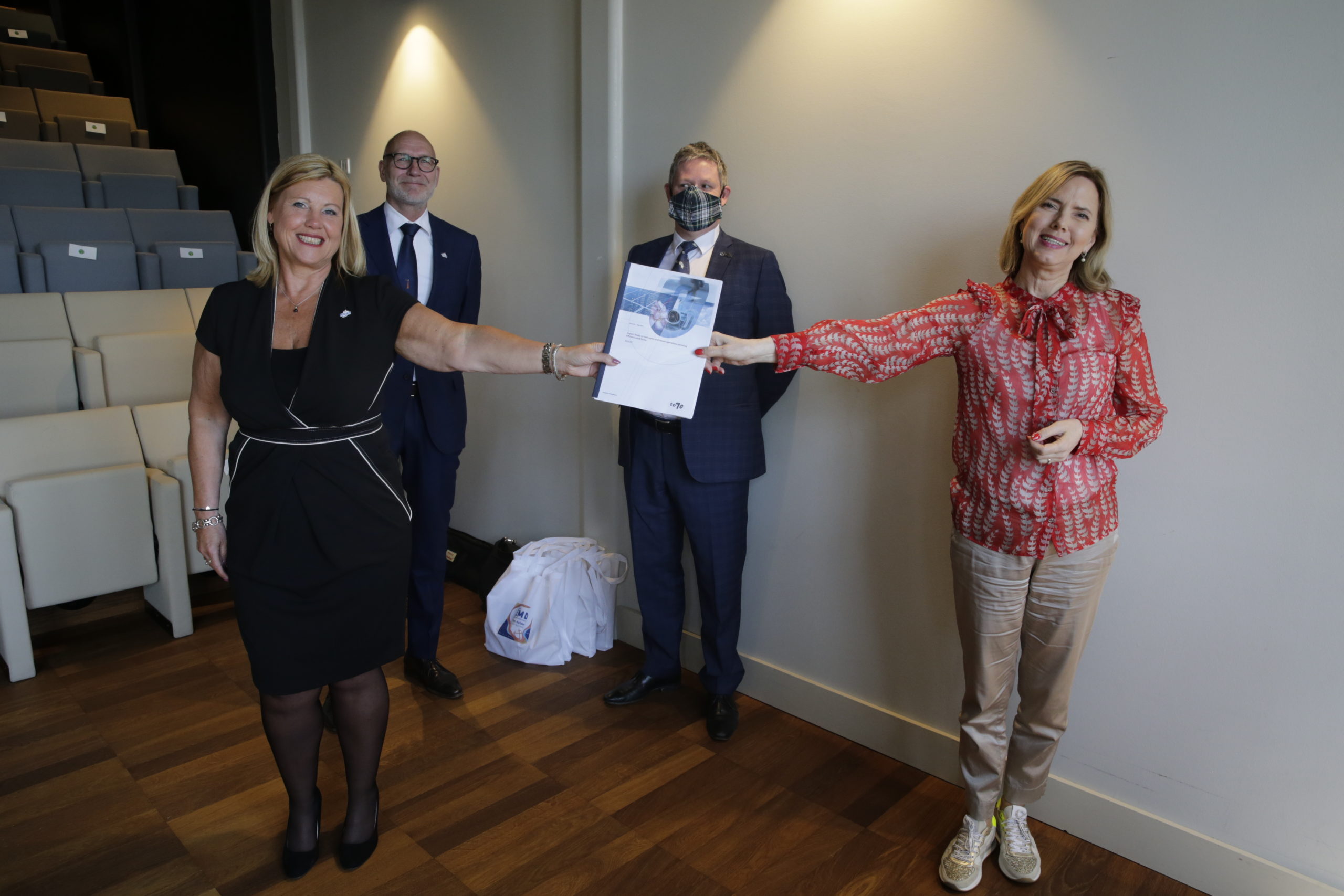 During the European Maritime Day in Den Helder, Den Helder Airport was honoured to present the report on the impact of helicopters and ships in the conservation of Dutch offshore wind farms to outgoing Minister Cora van Nieuwenhuizen. The report is a direct result of the repositioning of Den Helder Airport, the offshore airport of the Netherlands, within the context of energy transition, sustainability of the aviation sector and the development of the maritime cluster in North Holland North.

After 50 years of offshore aviation for the oil and gas industry from Den Helder Airport (DHA), the current energy transition represents a major turnaround for the airport in Den Helder. The airport is working on a new business model for providing services to the offshore wind programs. In doing so, it is seeking to broaden its horizons and work in synergy with current national projects and ambitions (North Sea Agreement, Defense Policy Document, Aviation Policy Document, Airspace Review, sustainability tasks, climate legislation, etc.). DHA wants to anticipate these developments optimally.

In order to gain more knowledge about the expected aviation for all offshore modalities between 2030 and 2050, the international research agency To70 conducted an impact study on behalf of DHA. The conclusions show, among others, that the development of an efficient logistics chain is not yet a matter of fact. A great deal of knowledge, customization and, above all, cooperation are required to maintain the Dutch vital energy sector in the North Sea economically.

It is also to be expected that, as a result of the transition to offshore wind energy, in time approximately six European offshore centers will remain around the North Sea. According to the market, DHA has a number of strengths to claim a solid role in these centers.

"Besides consolidating our position offshore, we also see opportunities in the cooperation with the Navy (drones), the sustainability of the port and airport (hydrogen development) and a strategic embedding in the Maritime Cluster of Den Helder", according to a spokesperson.

We asked the minister for a clear government decision to centralize offshore aviation in Den Helder in order to consolidate the Dutch position for offshore aviation. The experience of 50 years of Dutch offshore aviation and specialized employment in North Holland will thereby be preserved for an important contribution to the realization of the Dutch climate ambition.